Low angle view of courtyard, Sahrij Medersa (Medersa des Andalous), 1321, Fez, Morocco, pictured on February 21, 2009 in the morning. The Sahrij Medersa takes its name from the pool in its courtyard, (sahrij means basin). Green and white minarets crown the theological school founded by Merinid sultan Abou al-Hassan and attached to the Al-Andalous mosque. It is decorated with ornate dark cedar panels (mashrabiya), decorated tiles (zellij), marble pavings and intricate plasterwork. Fez, Morocco's second largest city, and one of the four imperial cities, was founded in 789 by Idris I on the banks of the River Fez. The oldest university in the world is here and the city is still the Moroccan cultural and spiritual centre. Fez has three sectors: the oldest part, the walled city of Fes-el-Bali, houses Morocco's largest medina and is a UNESCO World Heritage Site; Fes-el-Jedid was founded in 1244 as a new capital by the Merenid dynasty, and contains the Mellah, or Jewish quarter; Ville Nouvelle was built by the French who took over most of Morocco in 1912 and transferred the capital to Rabat. Picture by Manuel Cohen. 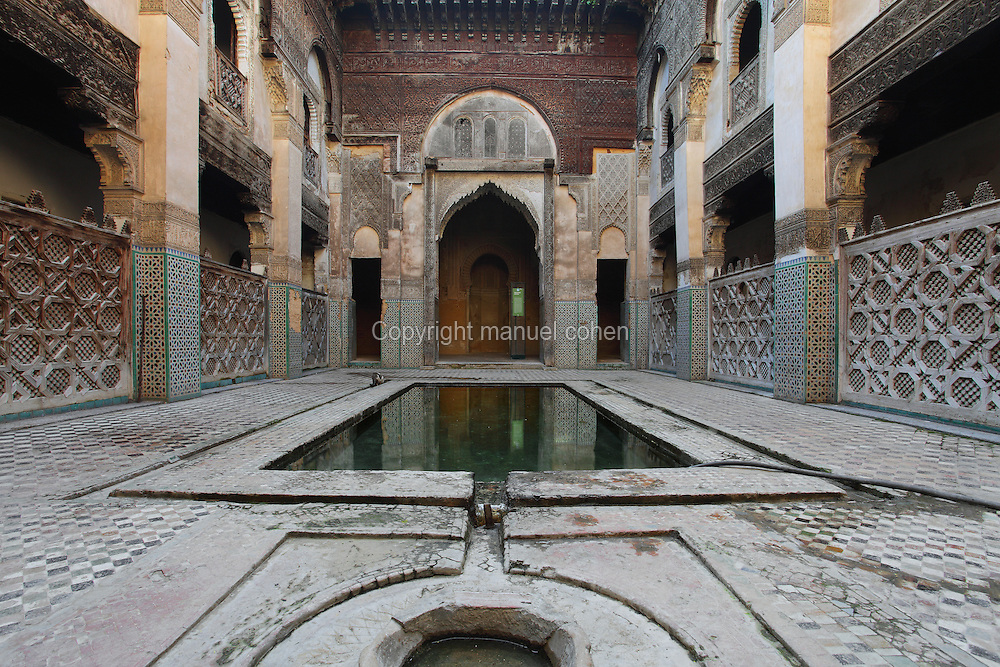