Statue of Arete, Greek goddess of virtue, from the facade of the Library of Celsus, Ephesus, Izmir, Turkey. The library was built 110-135 AD under Consul Julius Celsus Polemaenus, governor of the province of Asia. Celsus paid for the construction with his own personal wealth, and is buried in a sarcophagus beneath it. The library held nearly 12,000 scrolls in cupboards in niches in the double walls, which protected the documents from temperature and humidity. Ephesus was an ancient Greek city founded in the 10th century BC, and later a major Roman city, on the Ionian coast near present day Selcuk. Picture by Manuel Cohen 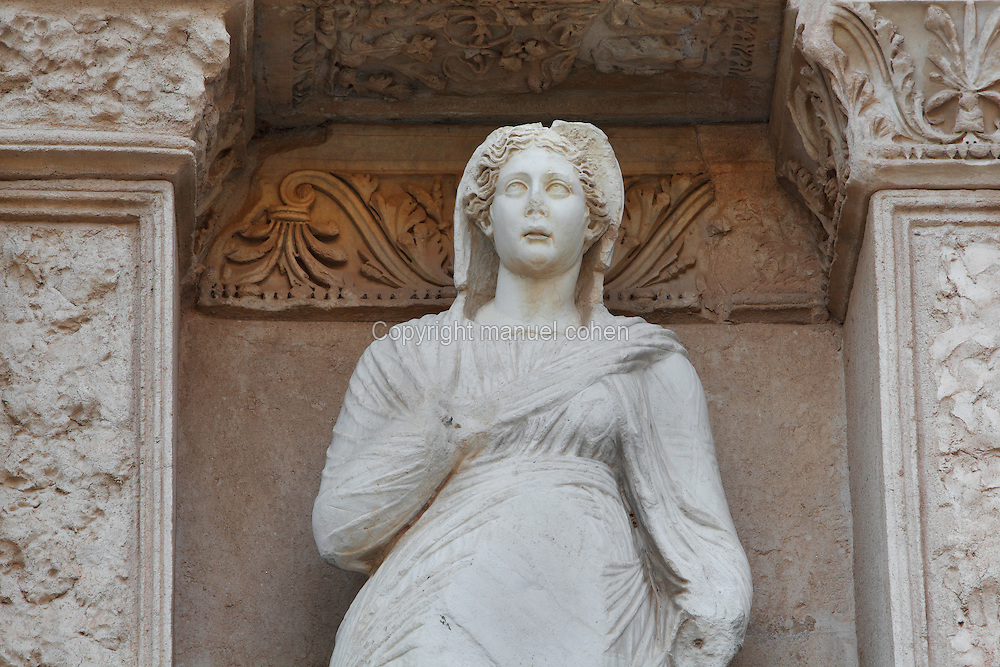