Inside the monument at the Tranchee des Baionnettes, or Trench of Bayonets, built 1919 with funds from an American, Mr Rand, and inaugurated 1920, commemorating the soldiers of the 137th infantry regiment, who were buried alive here under German bombardment in the 1916 Battle of Verdun in World War One, near Fort Douaumont, Verdun, Meuse, Lorraine, France. The trench has been covered over and crosses mark the positions of the soldiers. The monument symbolises the sacrifice of all soldiers with no grave and was the first to be built on the battlefield. Picture by Manuel Cohen 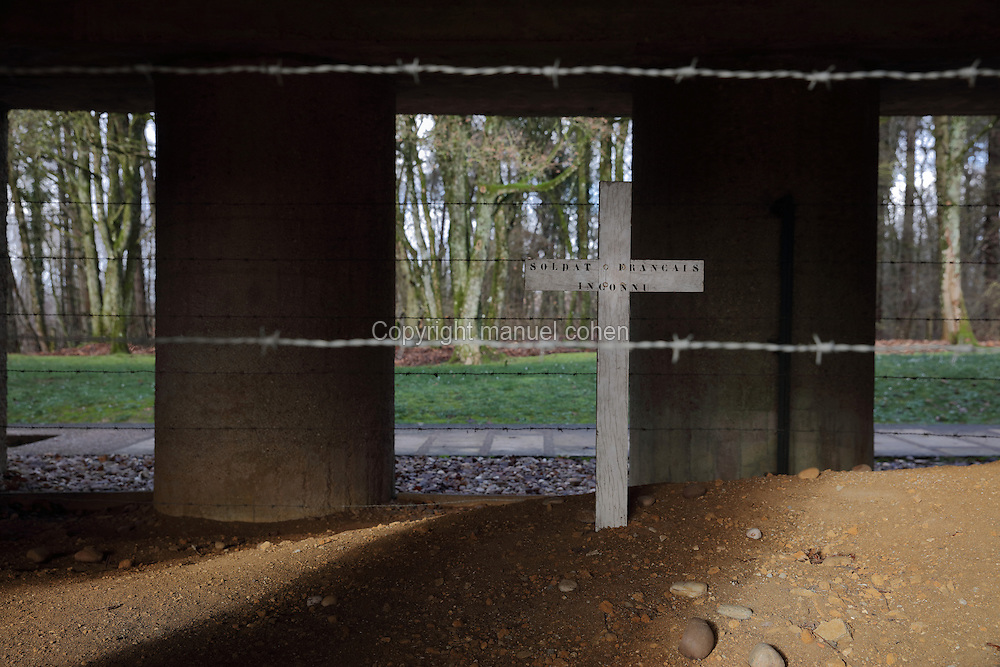