Low angle view of Dar al-Magana water clock, 1357, Fez, Morocco, pictured on February 22, 2009 in the evening. The Dar al-Magana, opposite the Bou Inania Madrasa, and also commissioned by Marinid Sultan Abu Inan Faris, is a clockhouse built by astronomer Abou al-Hassan Ibn Ali Ahmed Tlemsani, containing a weight-powered water clock which consists of 13 windows and platforms carrying brass bowls. The rafters above the doors once supported a protective roof. The mechanism was probably operated by a cart running behind the doors attached at one end to a rope with a hanging weight, and at the other to a rope with a weight floating on the surface of a reservoir draining at a steady pace. Hourly, as one of the doors opened, a metal ball would drop into one of the bowls. Fez, Morocco's second largest city, and one of the four imperial cities, was founded in 789 by Idris I on the banks of the River Fez. The oldest university in the world is here and the city is still the Moroccan cultural and spiritual centre. Fez has three sectors: the oldest part, the walled city of Fes-el-Bali, houses Morocco's largest medina and is a UNESCO World Heritage Site; Fes-el-Jedid was founded in 1244 as a new capital by the Merenid dynasty, and contains the Mellah, or Jewish quarter; Ville Nouvelle was built by the French who took over most of Morocco in 1912 and transferred the capital to Rabat. Picture by Manuel Cohen. 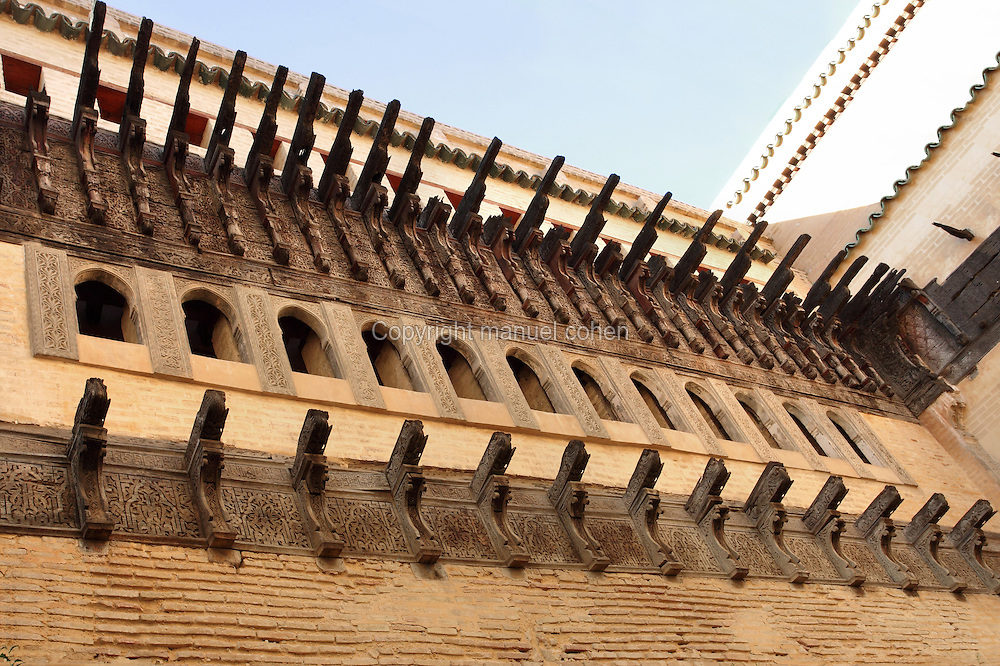