Detail of the Zodiac and Constellations, 1574, ceiling fresco in the Hall of Maps, in the Villa Farnese or Villa Caprarola, a 16th century Renaissance and Mannerist fortified villa designed by Giacomo Barozzi da Vignola and built 1559-73 for the Farnese family under Cardinal Alessandro Farnese, in Caprarola, Viterbo, Lazio, Italy. The Hall of Maps is also known as the Room of the World Map or Sala del Mappamondo and displays maps of the whole known world as well as of the heavens. The Villa Farnese is now owned by the state and run by the Polo Museale del Lazio. Picture by Manuel Cohen 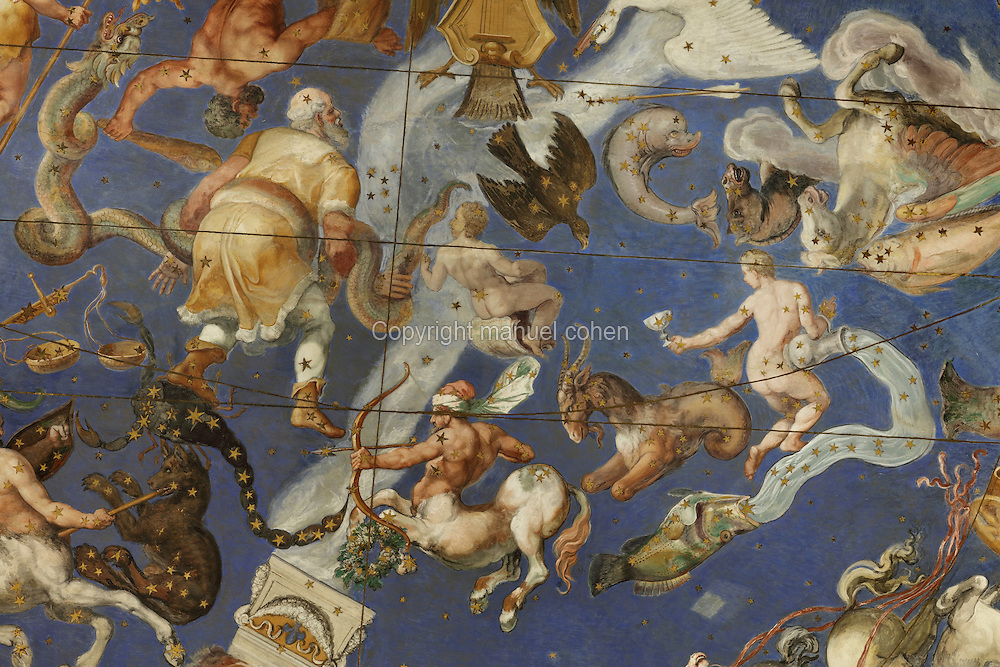