Plaster bust of Saint Louis or King Louis IX of France, 1214-70, commissioned by Joseph Guyot in 1911, after the original in the Sainte Chapelle in Paris, in the communal hall in the donjon or keep of the Chateau de Dourdan, built 1220-22 by Guillaume de Flamenville under Philippe Auguste, replacing an earlier wooden structure, Dourdan, Hurepoix, Essonne, France. In 1652, Louis gave the castle to his mother, Anne of Austria. The castle is built on a square plan, with towers along the sides, at 3 of the corners and an isolated donjon at the 4th, and is surrounded by a dry moat. From 1672-1852 it became a prison, and now houses a history museum. The castle became an Historical Monument in 1964. Picture by Manuel Cohen 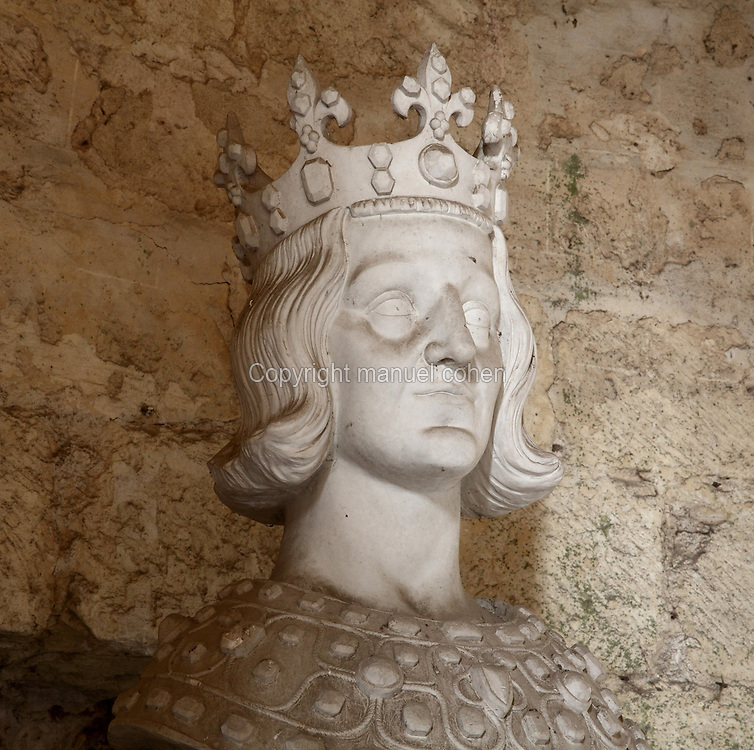