Hell, with the devil, an adulterous couple and a miser being hanged by his purse, early 12th century Romanesque, carved by the Master of the Tympanum, from the tympanum of the Last Judgement above the portal on the West facade of the Abbatiale Sainte-Foy de Conques or Abbey-church of Saint-Foy, Conques, Aveyron, Midi-Pyrenees, France, a Romanesque abbey church begun 1050 under abbot Odolric to house the remains of St Foy, a 4th century female martyr. The church is on the pilgrimage route to Santiago da Compostela, and is listed as a historic monument and a UNESCO World Heritage Site. Picture by Manuel Cohen 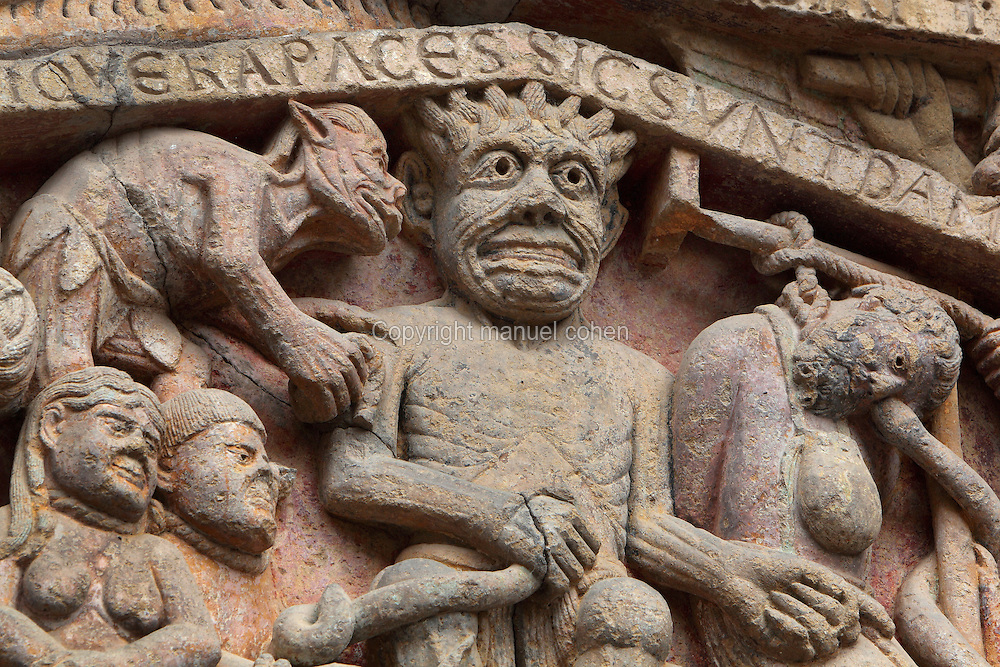