Statue of the goddess Minerva, wearing a helmet and holding a spear, from the inside of the Brandenburg Gate or Brandenburger Tor, 18th century, a neoclassical triumphal arch marking one of the old city gates of Berlin, at the end of Unter den Linden, Berlin, Germany. The gate was commissioned by King Frederick William II of Prussia as a sign of peace and built by Carl Gotthard Langhans 1788-91. It stood inaccessible next to the Berlin Wall during Germany's Partition and was restored 2000-02 by the Stiftung Denkmalschutz Berlin. It consists of 12 Doric columns and is topped by a statue of a quadriga, a chariot pulled by 4 horses. Picture by Manuel Cohen 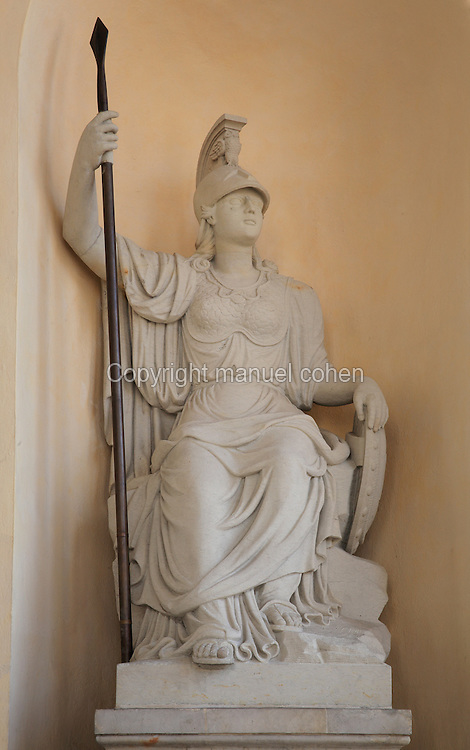