Temple of Mithras, built c. 200 AD by soldiers based at the nearby Carrawburgh Roman Fort, on Hadrian's Wall, Northumberland, England. The temple is dedicated to the god Mithras, who captured and killed a bull in a cave, the 1st creature created on earth, and all other creatures sprang to life from his blood. Mithraic temples are small and confined to represent the cave. The 3 altars are all dedicated by commanding officers of the unit stationed here, the First Cohort of Batavians from the Rhineland. In 1 of the altars a series of pierced holes form Mithras' crown, through which a lamp would have been shone at a high point of the ritual. A curtain would have been drawn back, allowing sunlight to stream in, illuminating the backdrop of Mithras slaying the bull, the triumph of light over darkness. Hadrian's Wall was built 73 miles across Britannia, now England, 122-128 AD, under the reign of Emperor Hadrian, ruled 117-138, to mark the Northern extent of the Roman Empire and guard against barbarian attacks from the Picts to the North. The wall was fortified with milecastles with 2 turrets in between, and a fort about every 5 Roman miles. This section of the Wall is in the Northumberland National Park, managed by English Heritage, and the Hadrian's Wall Path, an 84-mile coast to coast long distance footpath, runs alongside it. Picture by Manuel Cohen 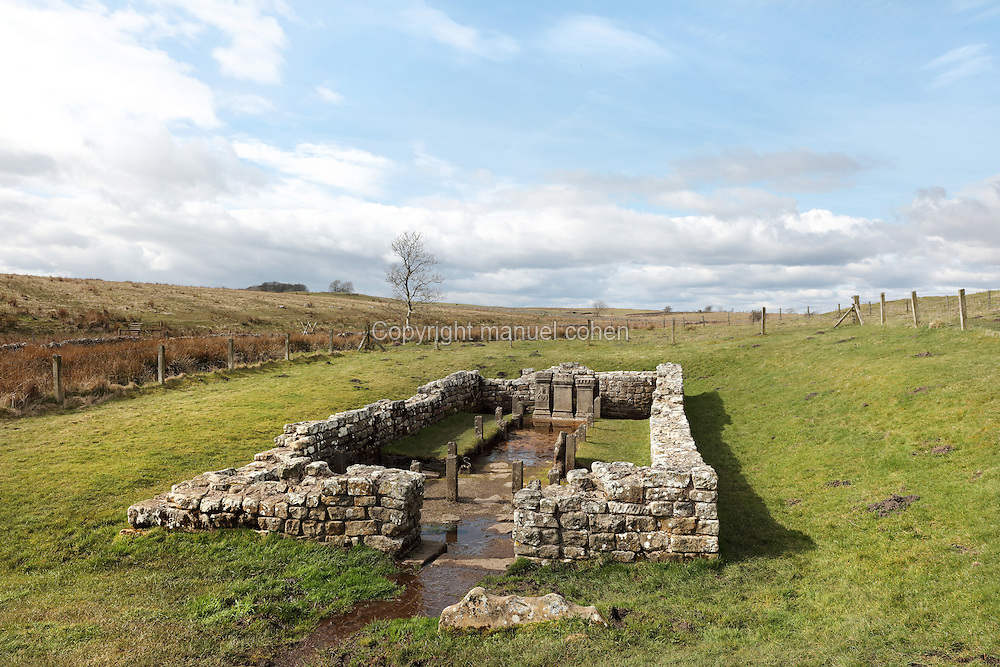