Village of Chulilla, seen from the castle, in Los Serranos, Valencia, Spain. On the right is the bell tower of the Iglesia de Nuestra Senora de los Angeles, built 16th - 18th centuries. Settled since the 1st millennium BC, the village grew under Moorish rule in the 12th century, beneath the castle, extended during these times and added to in later centuries. Nearby is the Hoces del Rio Turia, a deep canyon formed by the river Turia, in the Los Calderones Municipal Natural Area, popular with hikers. Picture by Manuel Cohen 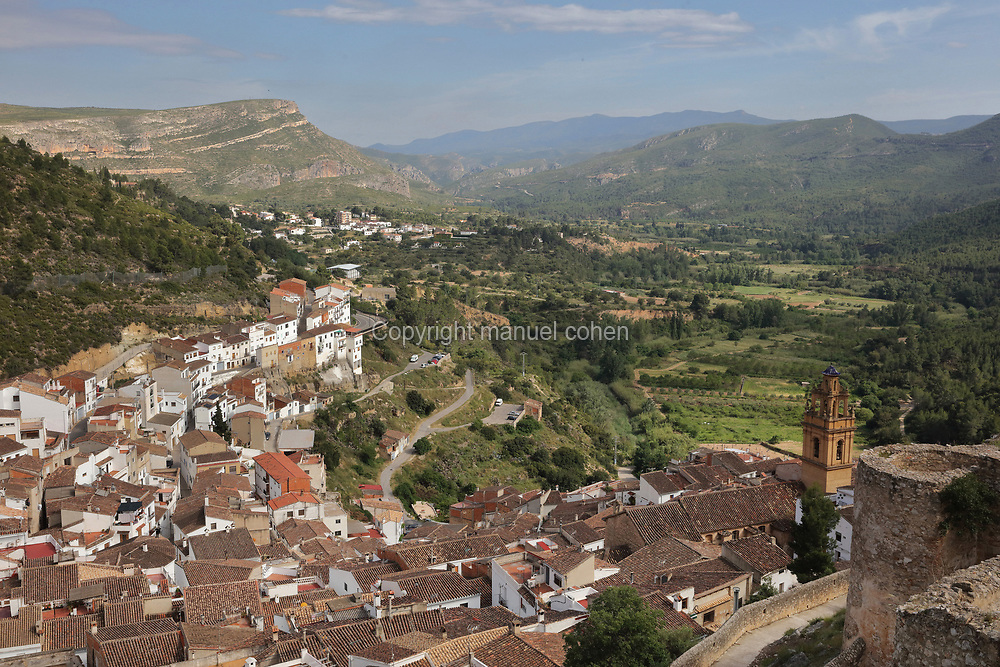