A couple were granted a son by St Nicholas on the condition that they would undertake a pilgrimage with him to the saint's tomb and offer a gold vase. Having decided to keep the vase for themselves, they make a copy, but on the voyage their son drowns with the vase while they watch. Section of the drowning of the son, from the Life of St Nicholas window in the centre of the Confessors chapel of St Nicholas in the ambulatory of Chartres Cathedral, Eure-et-Loir, France. St Nicholas was bishop of Myra in the 4th century and his life story is included in the liturgical manuscripts at Chartres. The lower section of this window was destroyed in 1791 and restored in 1924 in keeping with its original style. Chartres cathedral was built 1194-1250 and is a fine example of Gothic architecture. Most of its windows date from 1205-40 although a few earlier 12th century examples are also intact. It was declared a UNESCO World Heritage Site in 1979. Picture by Manuel Cohen 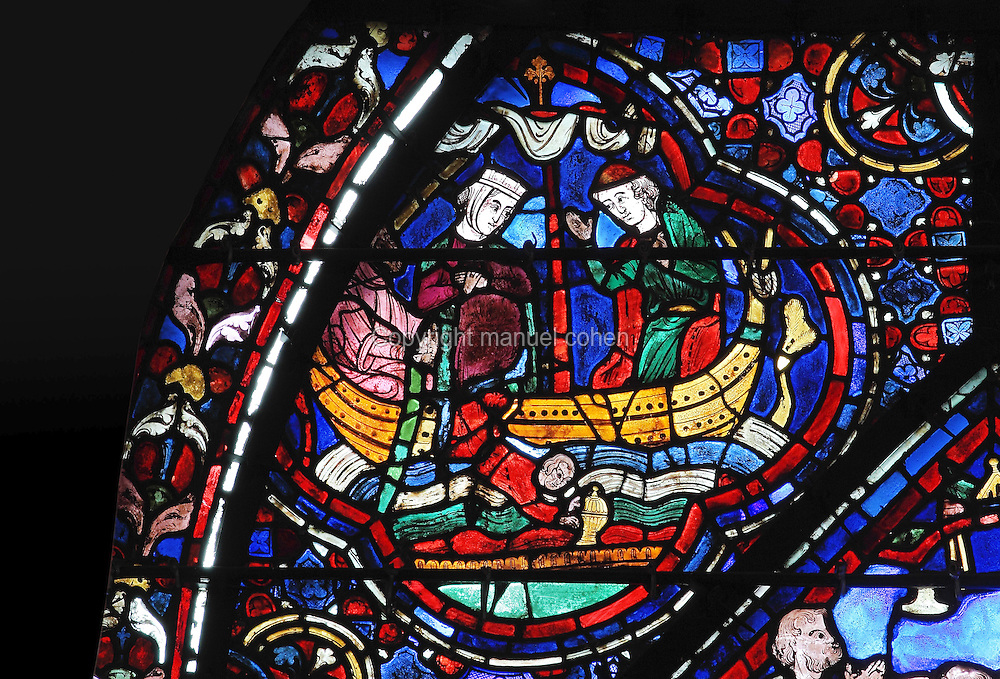