A female saint and a woman to the left of the scene of the apostles at the deathbed of Mary, The Death of the Virgin, from the Glorification of the Virgin stained glass window, in the nave of Chartres Cathedral, Eure-et-Loir, France. This window depicts the end of the Virgin's life on earth, her dormition and assumption, as told in the apocryphal text the Golden Legend of 1260. Chartres cathedral was built 1194-1250 and is a fine example of Gothic architecture. Most of its windows date from 1205-40 although a few earlier 12th century examples are also intact. It was declared a UNESCO World Heritage Site in 1979. Picture by Manuel Cohen 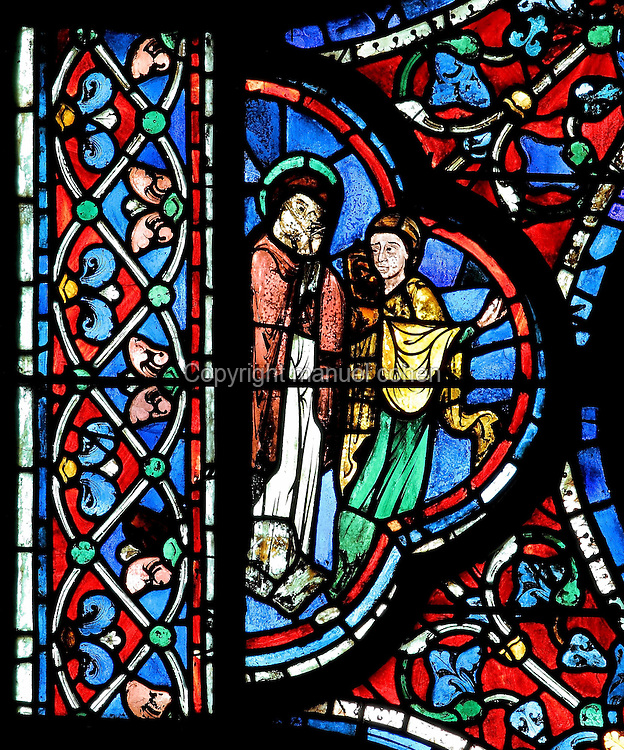