Sycamore Gap on Hadrian's Wall, Northumberland, England, a scene immortalised in the 1991 film, Robin Hood Prince of Thieves. Hadrian's Wall was built 73 miles across Britannia, now England, 122-128 AD, under the reign of Emperor Hadrian, ruled 117-138, to mark the Northern extent of the Roman Empire and guard against barbarian attacks from the Picts to the North. The wall was fortified with milecastles with 2 turrets in between, and a fort about every 5 Roman miles. This section of the Wall is in the Northumberland National Park, managed by the National Trust, and the Hadrian's Wall Path, an 84-mile coast to coast long distance footpath, runs alongside it, together with a section of the Pennine Way. Picture by Manuel Cohen 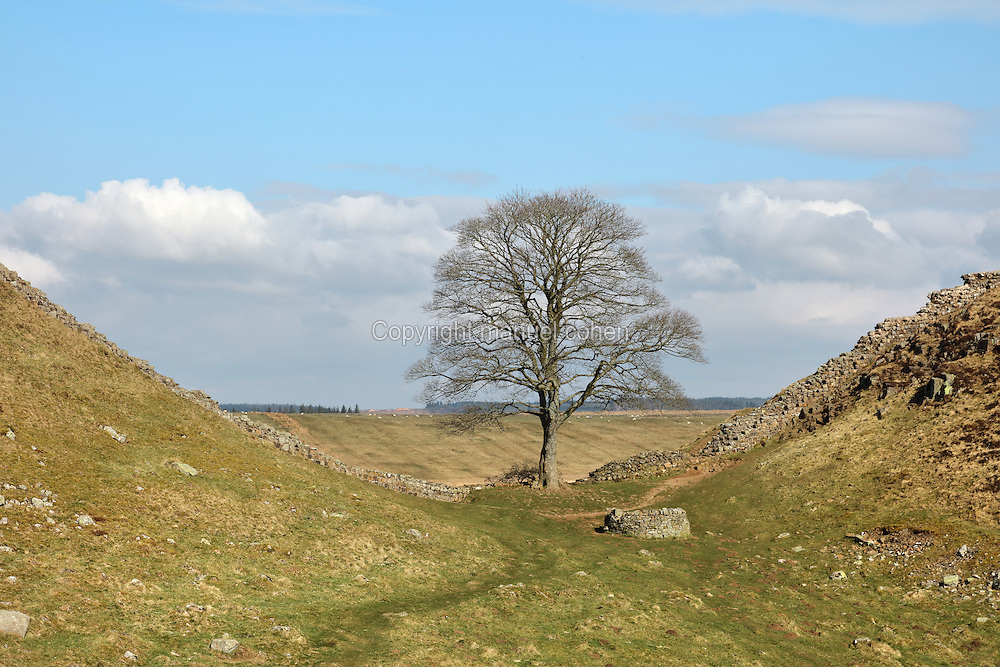