The Grand Salon, with 2 monumental paintings by Hordjik and Doevel, with maps representing the colonial grandeur of the Empire, in the College Neerlandais, or Dutch College, designed by Willem Marinus Dudok, 1884-1974, and inaugurated in 1938, in the Cite Internationale Universitaire de Paris, in the 14th arrondissement of Paris, France. This is the only building in France designed by Dudok, one of the leading architects from the Dutch school of the 1920s and 1930s. The building is listed as a historic monument. The CIUP or Cite U was founded in 1925 after the First World War by Andre Honnorat and Emile Deutsch de la Meurthe to create a place of cooperation and peace amongst students and researchers from around the world. It consists of 5,800 rooms in 40 residences, accepting another 12,000 student residents each year. Picture by Manuel Cohen. Further clearances may be requested. 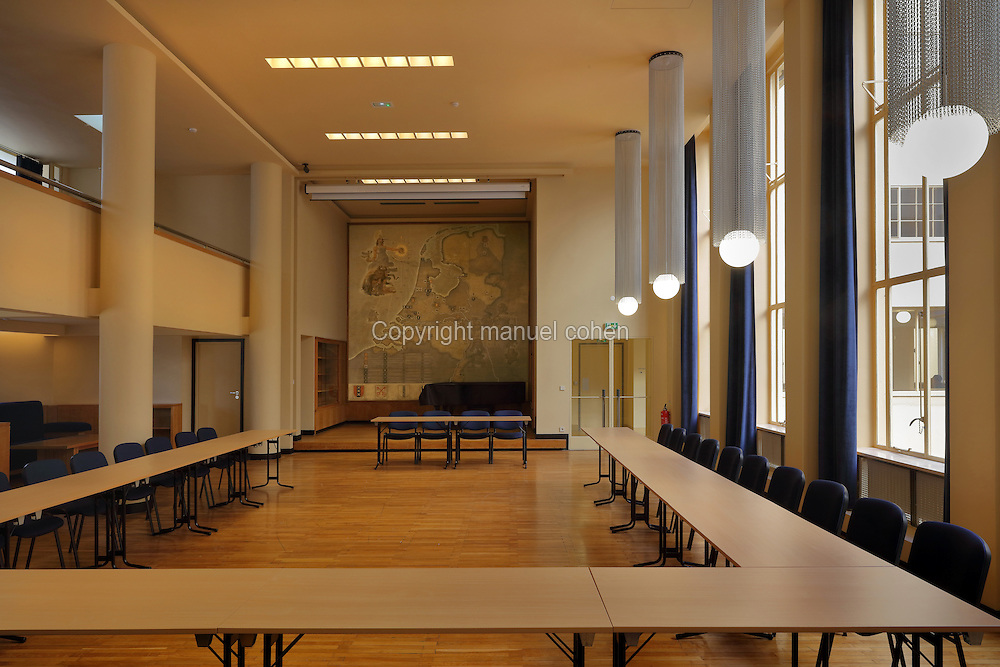