Well at Cortijo del Fraile, farmhouse and chapel built by Dominican monks in the 18th century, now abandoned, in the Cabo de Gata-Nijar Natural Park, Almeria, Andalusia, Southern Spain. The well is covered with a dome and is dug 5m deep with waterproofed walls and a drinking trough. The cortijo is the scene of the notorious 'Crime of Nijar', when a man was shot dead in the chapel to prevent him eloping with a bride promised to the gunman's brother. The park includes the Sierra del Cabo de Gata mountain range, volcanic rock landscapes, islands, coastline and coral reefs and has the only warm desert climate in Europe. The park was listed as a UNESCO Biosphere Reserve in 1997 and a Specially Protected Area of Mediterranean Importance in 2001. Picture by Manuel Cohen 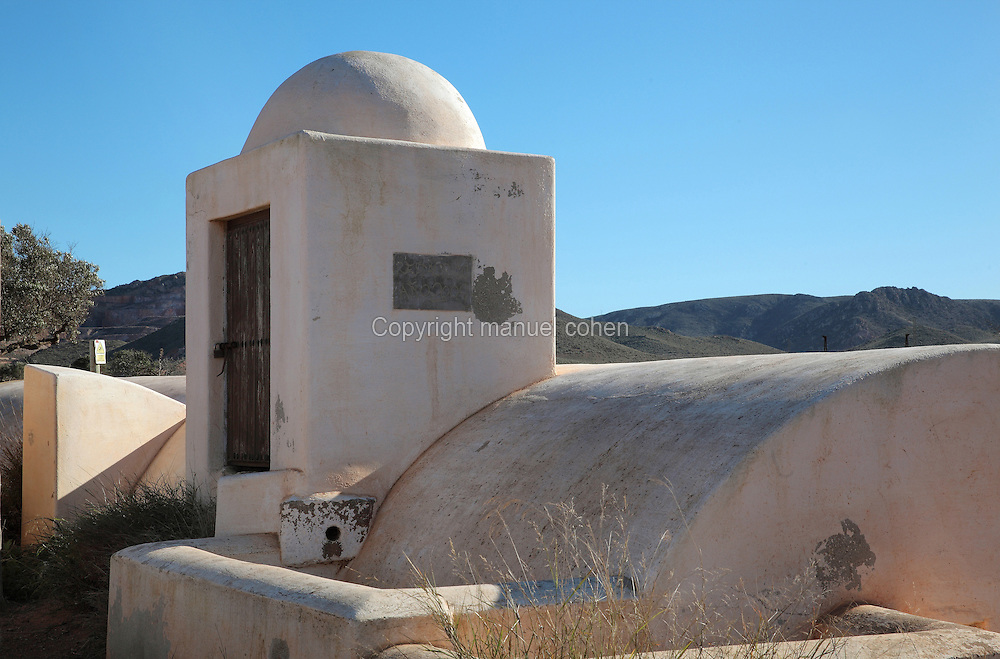