The Verdun battlefield, with the site of old trenches and Abri 320, an underground shelter built 1889-91 and occupied by both sides during the Battle of Verdun, suffering heavy bombardment, at the national cemetery at the Ossuaire de Douaumont or Douaumont Ossuary, built to house the remains of French and German soldiers who died at the Battle of Verdun in World War One, at Douaumont, Verdun, Meuse, Lorraine, France. The small tower is a ventilation chimney for the underground shelter. This is the largest single French military cemetery of the First World War, holding 16,142 graves and was inaugurated in 1923 by Verdun veteran Andre Maginot. It has been listed as a national cemetery. Picture by Manuel Cohen 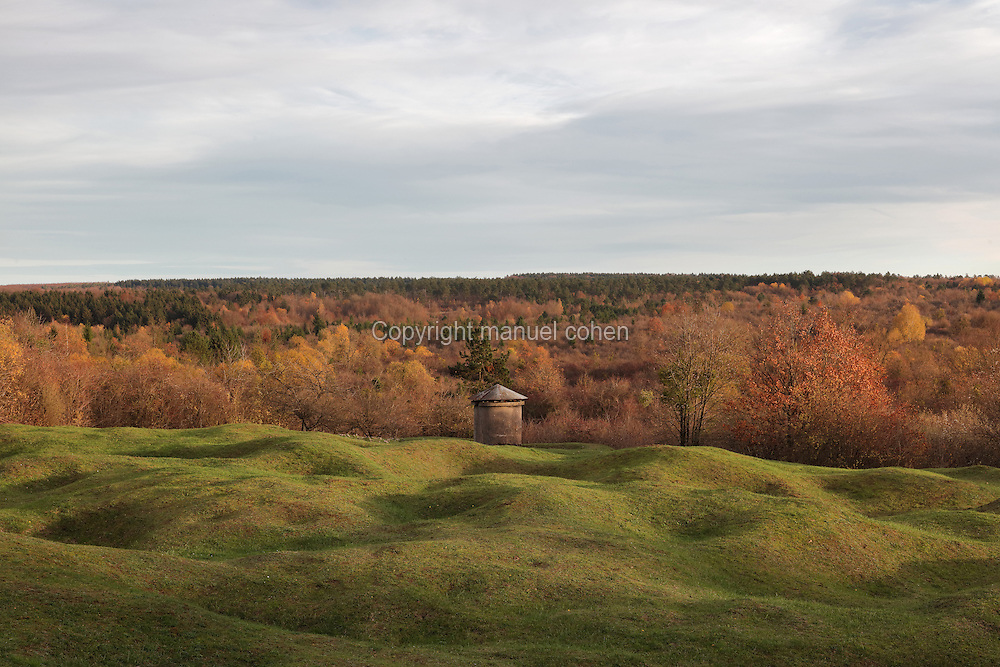