Detail of a Byzantine floor mosaic depicting a tree, possibly a pomegranate tree, surrounded by vine leaf scrolls, 587 AD, from the Church of Bishop Sergius, built 586 AD in the time of Bishop Sergius of Madaba, Umm ar-Rasas, Amman, Jordan. It was built as a basilica with an apse and elevated presbytery and forms part of an ecclesiastical complex of 4 churches. Umm ar-Rasas is a rectangular walled city which grew from a Roman military camp in the Jordanian desert. Its remains date from the Roman, Byzantine and Umayyad periods (3rd - 9th centuries), including 16 churches with mosaic floors. Excavations began in 1986, although most of the site remains unexplored. It was declared a UNESCO World Heritage Site in 2004. Picture by Manuel Cohen 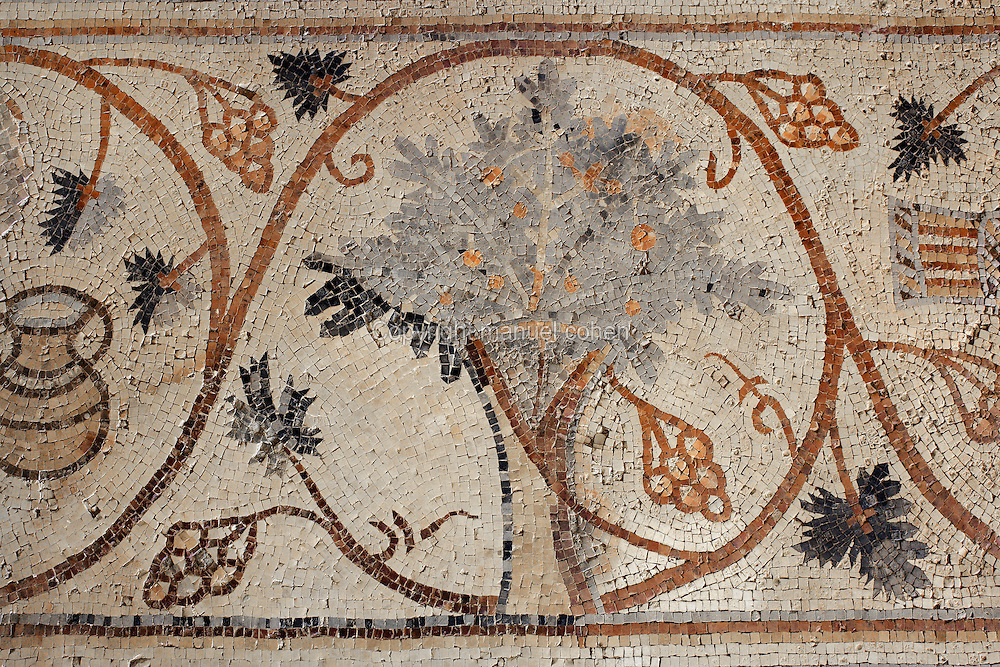