Hercules Gate, 2nd century AD, on the East side of Curetes Street, Ephesus, Izmir, Turkey. The pillars, carved with representations of Hercules, were moved here in the 4th century AD to narrow the passage and block the street for wagon traffic. Above the pillars there was an arch with an inscription and Nike figure. Hercules, god of power and strength, is depicted carrying the skin of the Nemean lion, which he killed. Ephesus was an ancient Greek city founded in the 10th century BC, and later a major Roman city, on the Ionian coast near present day Selcuk. Picture by Manuel Cohen 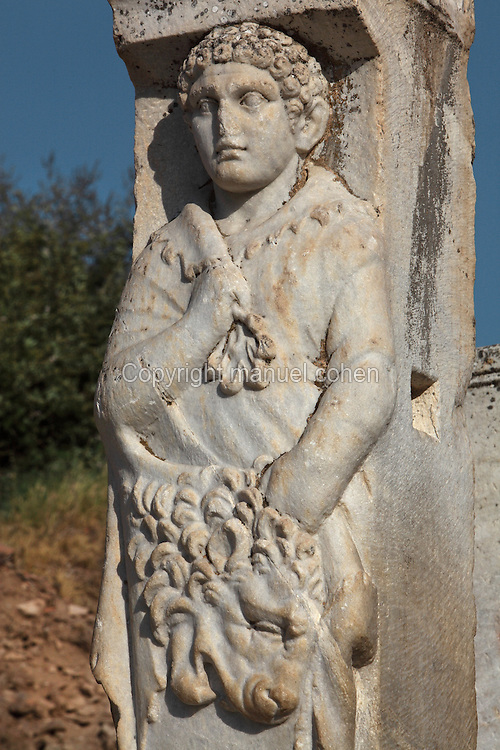