Main entrance to the Castillo de Xativa, or Xativa castle, a double fortress which has been built on and added to throughout Roman, Carthaginian, Andalusian, Iberian, Gothic and Islamic periods, at Xativa, Valencia, Spain. The arched entrance door is the Porta Ferissa or iron gate, in the keep, which leads to the Plaza de Armas, the main central courtyard, with a neo-Gothic 20th century building. The Castell Menor is the oldest part of the castle, dating from Iberian and Roman times, and the Castell Major is medieval and Islamic. The castle is situated on the Via Augusta, the Roman road leading from Rome to Cadiz. Picture by Manuel Cohen 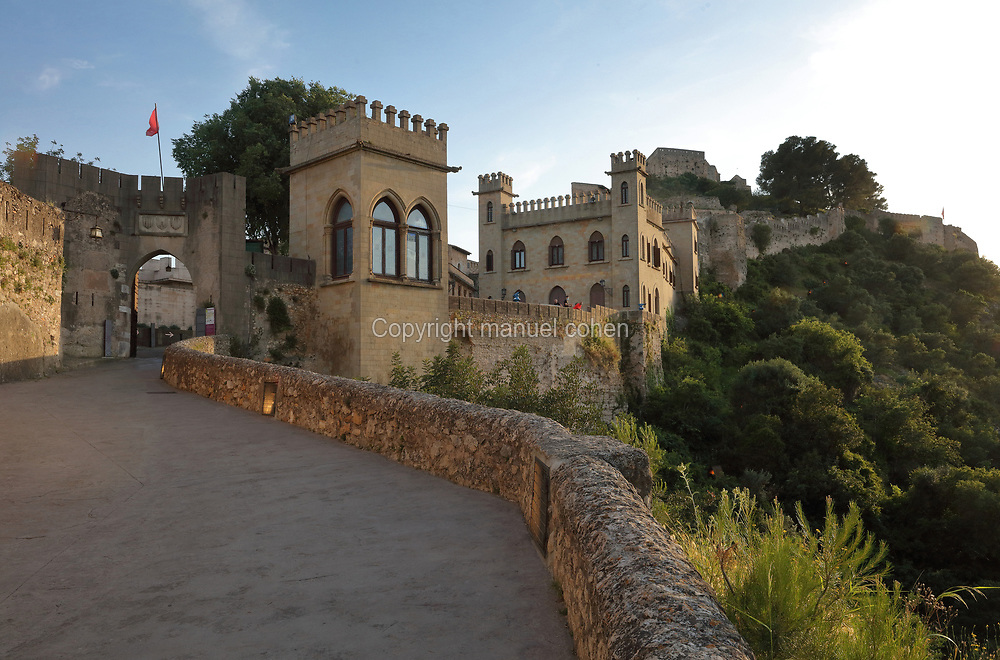