Ermita de Santa Cruz, or Hermitage of the Holy Cross, originally the Benaeca mosque, built 1370, in the Barrio Morisco, or Barrio Arrabal, the Moorish quarter of the village of Chelva, in Los Serranos, Valencia, Spain. The mosque became a church in the 16th century when an altar and belfry were added. The building was restored 2004-7 and is now a cultural centre. The town developed in the 11th century under Moorish rule, when a citadel was built and the settlement was fortified with walls and 4 entrance gates. Picture by Manuel Cohen 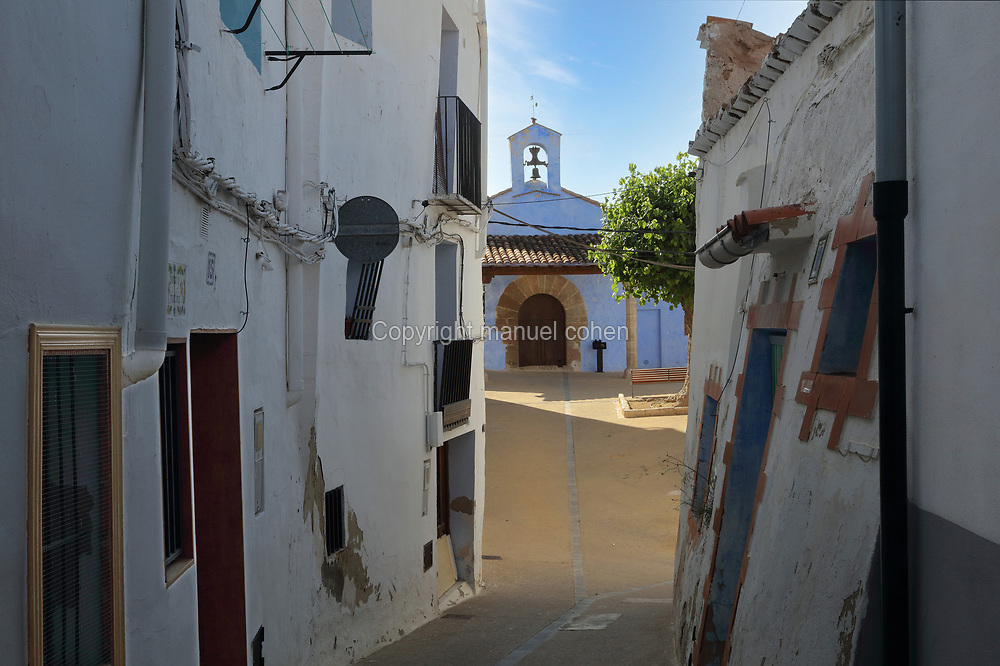