Funerary monument of the Dukes of Orleans, marble, 16th century, with effigies of Louis, Duke of Orleans, 1372-1407, Valentine Visconti his wife, and their sons Charles the Poet, 1394-1465, and Philip, 1396-1420, in the Chapelle Saint-Michel, in the Basilique Saint-Denis, Paris, France. Statuettes of 24 saints and apostles stand in niches around the tomb, which was commissioned in 1502 by Louis XII and made by Italian artists. This tomb was originally in the Chapelle des Celestins in Paris. The basilica is a large medieval 12th century Gothic abbey church and burial site of French kings from 10th - 18th centuries. Picture by Manuel Cohen 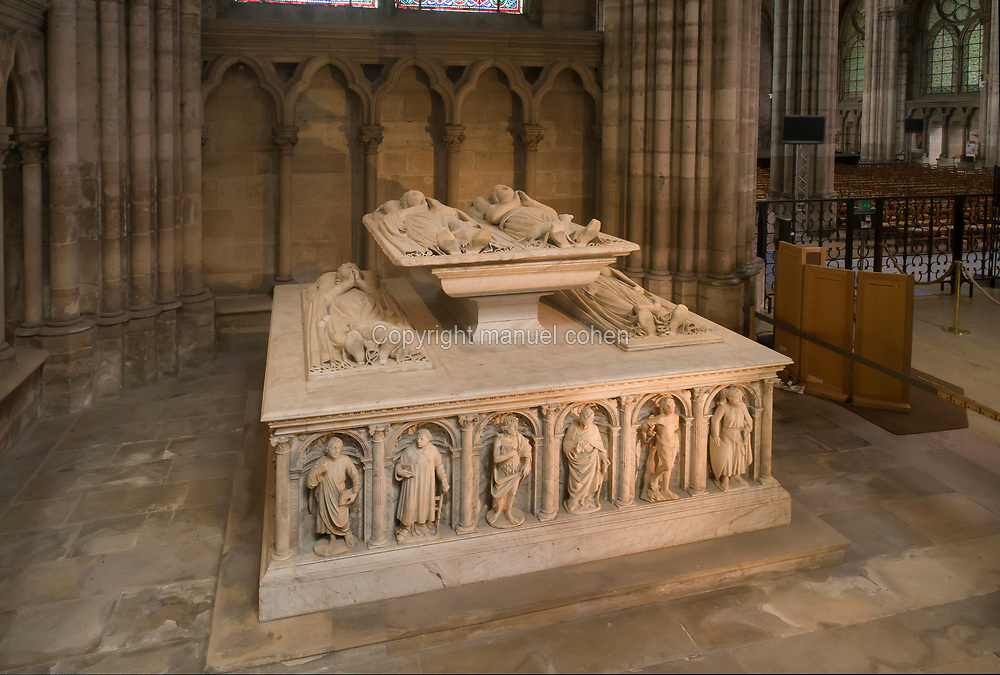