Relief on the West side of the Greek Harpy monument, 470-460 BC, showing seated figures, either deities or deified ancestors, receiving gifts from standing figures, and a cow suckling a calf over the hole where the body would be placed into the burial chamber. The Harpy monument is a 7.5m high pillar tomb with burial chamber on top with relief carvings of sirens taking the souls of the dead to heaven (on the sides not shown here), Xanthos, Antalya, Turkey. The reliefs, thought to be a gift to the sarcophagus owner and his wife from other family members, were taken by Charles Fellows to the British Museum in 1842 and replaced with plaster copies. This relief demonstrates the Greek use of isocephaly, where the heads of the figures are at the same height, whether standing of seated. Xanthos was a centre of culture and commerce for the Lycians, and later for the Persians, Greeks and Romans, and was listed as a UNESCO World Heritage Site in 1988. Picture by Manuel Cohen 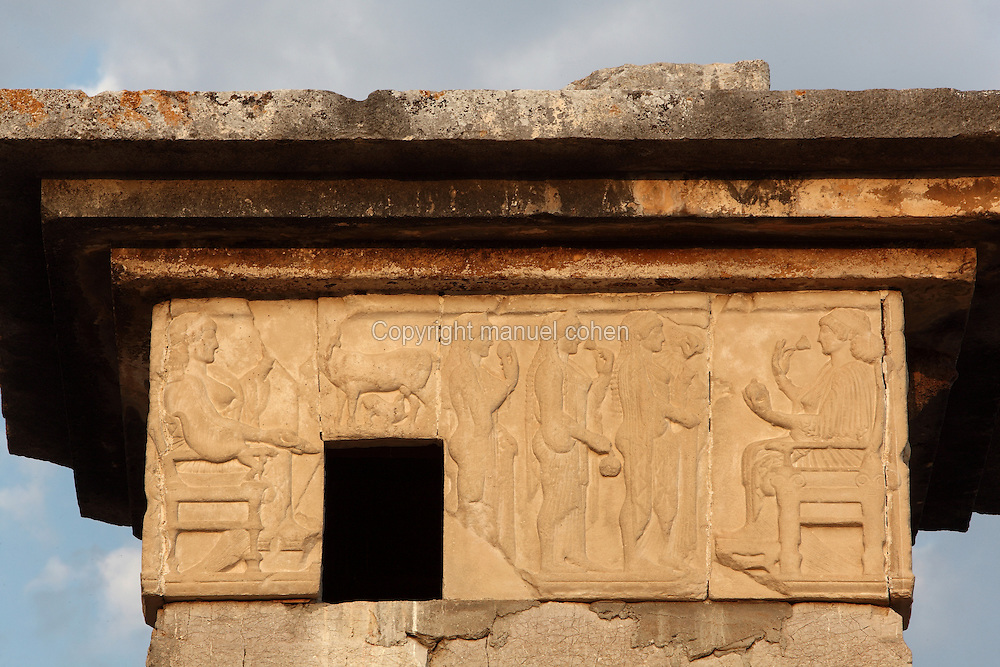