Illustration of a Roman auxiliary soldier from the Hadrian era, 125 AD, by Nick Hardcastle, at the Housesteads Roman Fort Museum, Hadrian's Wall, Northumberland, England. An auxiliary would wear a chainmail coat and iron helmet, with a long sword and spear and oval wooden shield, enclosed boots like those found at Vindolanda, and close-fitting trousers. 10 centuries of auxiliary soldiers were based at Housesteads Fort. Hadrian's Wall was built 73 miles across Britannia, now England, 122-128 AD, under the reign of Emperor Hadrian, ruled 117-138, to mark the Northern extent of the Roman Empire and guard against barbarian attacks from the Picts to the North. The Housesteads Roman Fort Museum is run by English Heritage and forms part of the Hadrian's Wall UNESCO World Heritage Site. Picture by Manuel Cohen 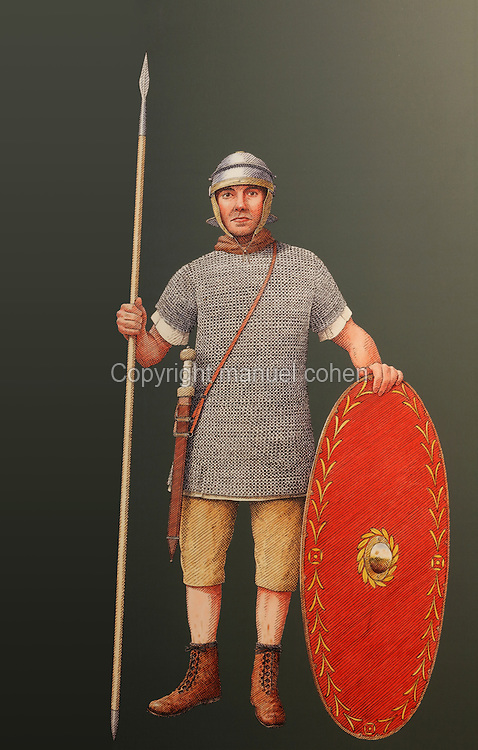