Tunnel at the Boca de Nigua or Nigua sugar mill, 17th century, at San Gregorio de Nigua, near Santo Domingo, in the Dominican Republic, Caribbean. The mill was founded by Marquee De Aranda and later owned by Juan Bautista Ollarazaba, and was an important site for the sugar industry, with a mill, furnaces, boiling room, warehouse, guardhouse, distillery and Spanish colonial buildings. The mill is built in the style of the great Cuban and Haitian mills erected late 18th century. It was the site of the first slave rebellion 1796. Restoration began here in 1978 under Baez Lopez-Penha. Picture by Manuel Cohen 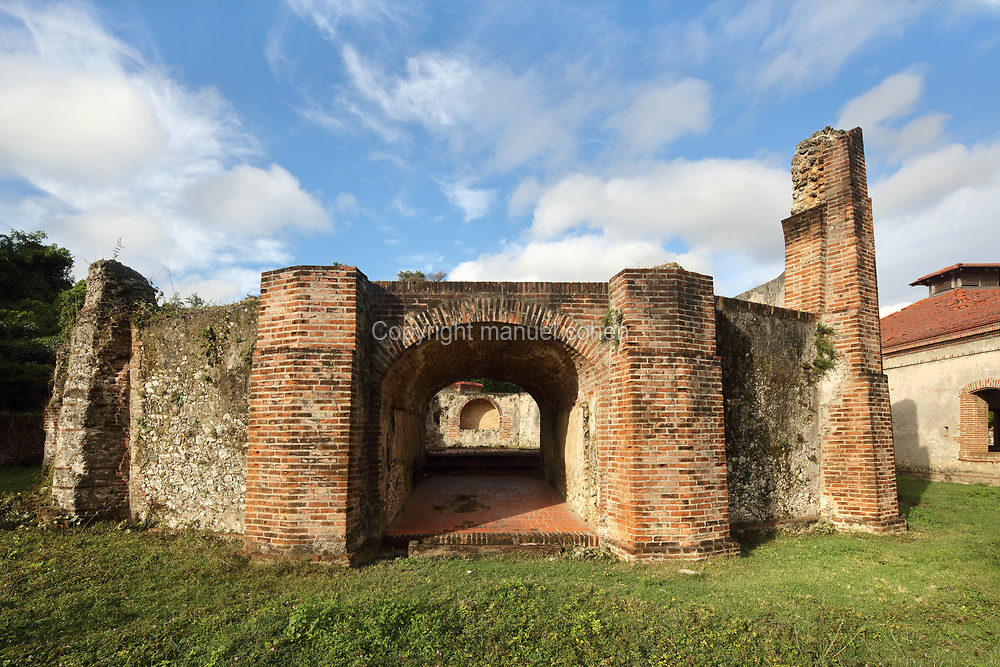