The Triclinium, probably used for lunches, a large room open to the garden, with walls painted on a white background with figures and plants and ornamental borders and floating figures of the seasons, in the Casa dell Efebo, or House of the Ephebus, Pompeii, Italy. This room is decorated in the Fourth Style of Roman wall painting, 60-79 AD, a complex narrative style. On the floor is a rare example of a coloured marble and glass mosaic patterned floor. This is a large, sumptuously decorated house probably owned by a rich family, and named after the statue of the Ephebus found here. Pompeii is a Roman town which was destroyed and buried under 4-6 m of volcanic ash in the eruption of Mount Vesuvius in 79 AD. Buildings and artefacts were preserved in the ash and have been excavated and restored. Pompeii is listed as a UNESCO World Heritage Site. Picture by Manuel Cohen 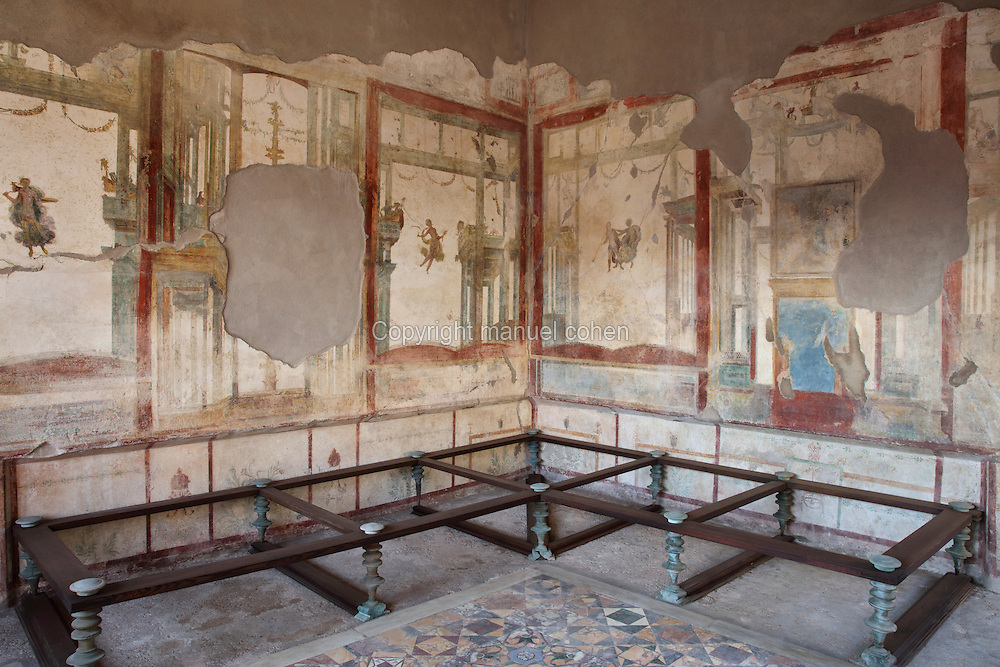