The Patio de los Naranjos or Court of the Oranges and its yellow arched colonnade built in the 16th century under Bishop Martin Fernandez de Angulo by architect Hernan Ruiz I, with the cathedral bell tower (built around the original minaret), at the Cathedral-Great Mosque of Cordoba, in Cordoba, Andalusia, Southern Spain. The courtyard was developed under Abd al-Rahman I in 784 and measures 50x30m. It is divided into 3 parts, each with a Renaissance fountain, and contains 98 orange trees planted in the 18th century. The first church built here by the Visigoths in the 7th century was split in half by the Moors, becoming half church, half mosque. In 784, the Great Mosque of Cordoba was built in its place, but in 1236 it was converted into a catholic church, with a Renaissance cathedral nave built in the 16th century. The historic centre of Cordoba is listed as a UNESCO World Heritage Site. Picture by Manuel Cohen 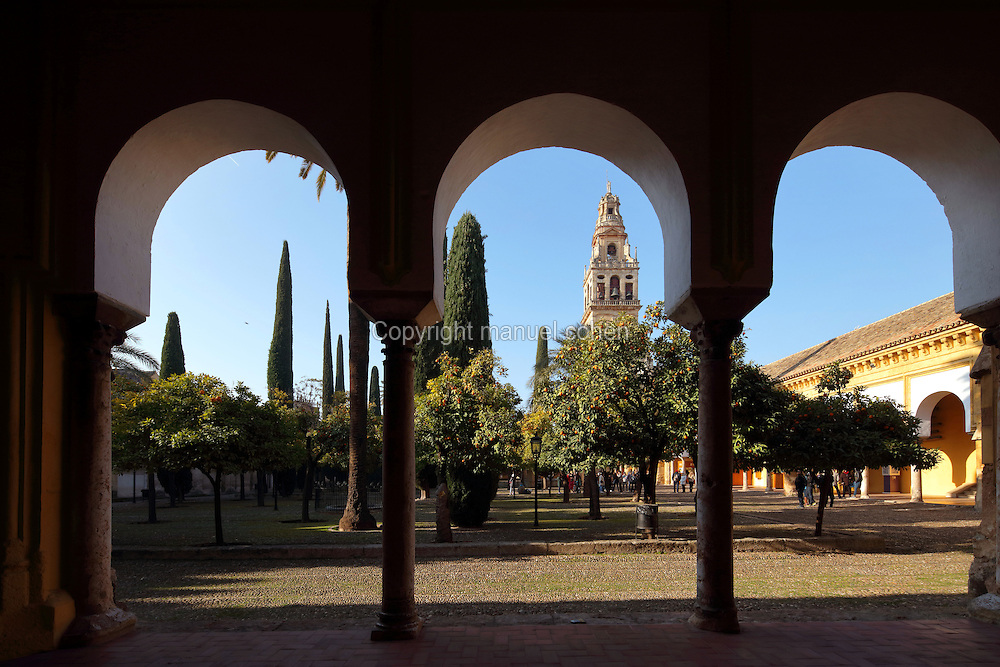