Roman leather chamfron or ceremonial horse's head mask, for both decorating and protecting the head of a horse, 95-105 AD, in the Vindolanda Museum, Hadrian's Wall, Northumberland, England. The holes once held elaborate metal studs and a rectangular name tag or tabula ansata is just below the eye holes. 3 chamfrons have been excavated at Vindolanda. Hadrian's Wall was built 73 miles across Britannia, now England, 122-128 AD, under the reign of Emperor Hadrian, ruled 117-138, to mark the Northern extent of the Roman Empire and guard against barbarian attacks from the Picts to the North. The Vindolanda Museum is run by the Vindolanda Charitable Trust and forms part of the Hadrian's Wall UNESCO World Heritage Site. Picture by Manuel Cohen 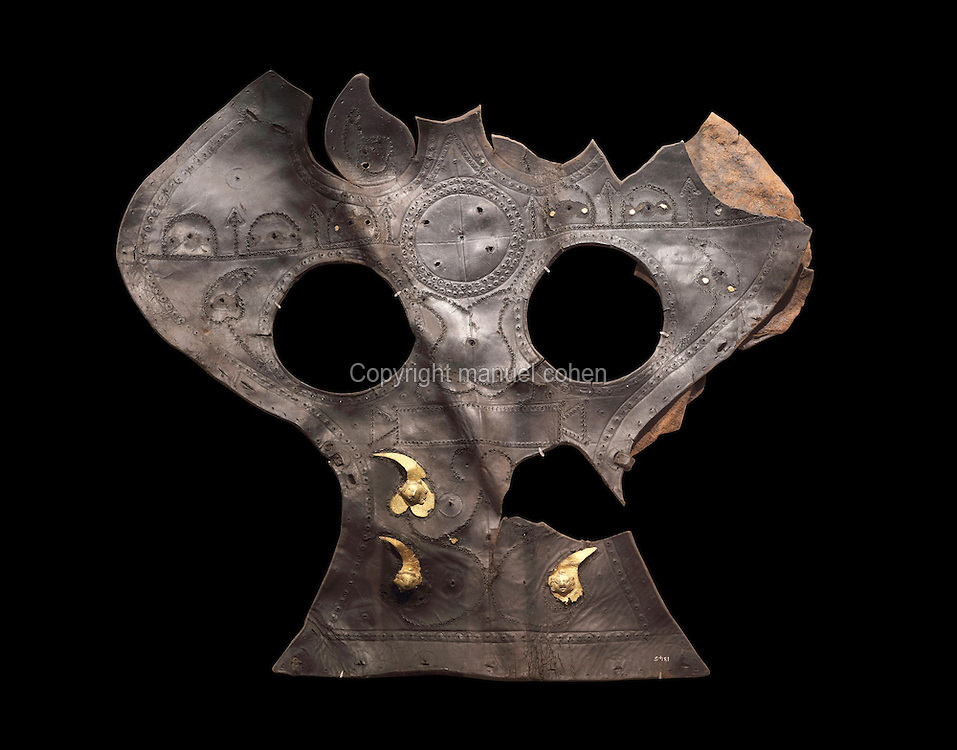