Statue of Ferdinand III of Castile, 1199-1252, with orb and sword, on the facade of the Catedral de la Asuncion de Jaen, or Santa Iglesia Catedral de la Asuncion de la Virgen, in Jaen, Andalusia, Spain. The cathedral was consecrated in 1246 on the site of a mosque after the reconquering the city of Jaen by Ferdinand. The current cathedral was built in the 16th century on the site of an older building, and is known for its Renaissance chapter house and sacristy by Andres de Vandelvira and its Baroque facade by Eufrasio Lopez de Rojas. Picture by Manuel Cohen 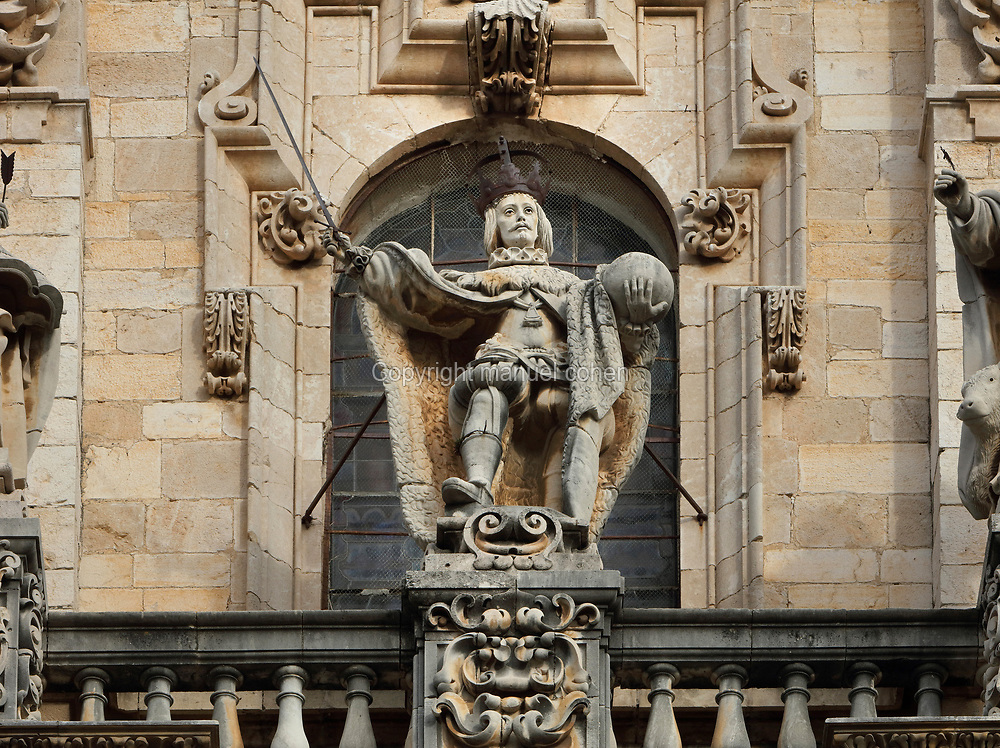