High angle view of the pits used for the first treatment of the raw skins, Chouara Tannery, Fez, Morocco, pictured on February 23, 2009 in the evening. These white pits are filled with ammonia water made from pigeon droppings. The Chouara tannery is the largest of the four ancient tanneries in the Medina of Fez where the traditional work of the tanners has remained unchanged since the 14th century. It is composed of numerous dried-earth pits where raw skins are treated, pounded, scraped and dyed. Tanners work in vats filled with various coloured liquid dyes derived from plant sources. Colours change every two weeks, poppy flower for red, mint for green, indigo for blue, chedar tree for brown and saffron for yellow. Fez, Morocco's second largest city, and one of the four imperial cities, was founded in 789 by Idris I on the banks of the River Fez. The oldest university in the world is here and the city is still the Moroccan cultural and spiritual centre. Fez has three sectors: the oldest part, the walled city of Fes-el-Bali, houses Morocco's largest medina and is a UNESCO World Heritage Site; Fes-el-Jedid was founded in 1244 as a new capital by the Merenid dynasty, and contains the Mellah, or Jewish quarter; Ville Nouvelle was built by the French who took over most of Morocco in 1912 and transferred the capital to Rabat. Picture by Manuel Cohen. 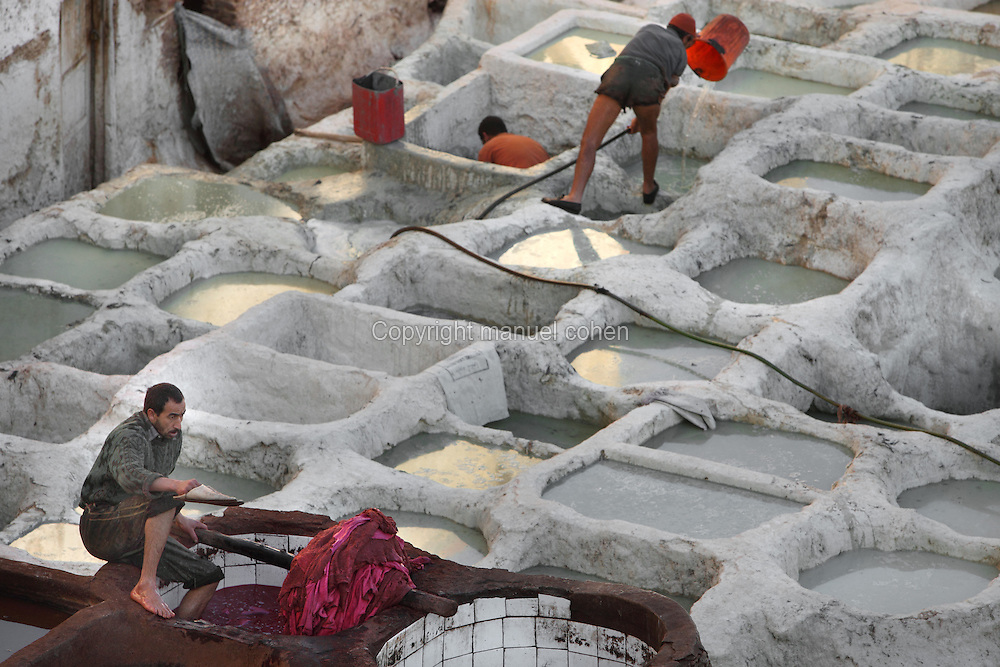