Tower and walls of the Triangular Fortress, built by the Venetians in late 15th - early 16th century, Butrint, Chaonia, Albania. The venetians re-fortified Butrint to protect their valuable mainland resources, first building the Triangular fortress and then massive square blockhouse, known now as the Venetian Tower. Venice capitulated to Napoleon Bonaparte in 1797, when Butrint fell into the hands of the infamous local despot Ali Pasha of Tepelena. Butrint was founded by the Greek Chaonian tribe and was a port throughout Hellenistic and Roman times, when it was known as Buthrotum. It was ruled by the Byzantines and the Venetians and finally abandoned in the Middle Ages. The ruins at Butrint were listed as a UNESCO World Heritage Site in 1992. Picture by Manuel Cohen 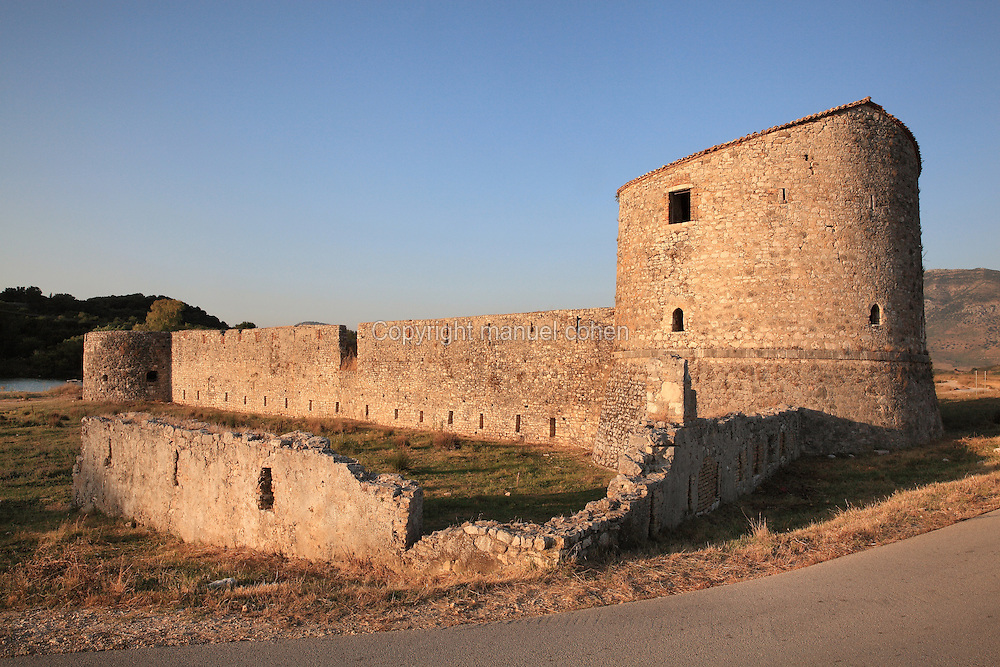