Statue of the Virgin Mary erected by the American Society of Ephesus (George B. Quatman Foundation), on the road to the House of the Virgin Mary outside Ephesus, Izmir, Turkey. This statue was erected on October 13th 1996 to celebrate the life of the Virgin, who may have spent her last years here. Ephesus was an ancient Greek city founded in the 10th century BC, and later a major Roman city, on the Ionian coast near present day Selcuk. Picture by Manuel Cohen 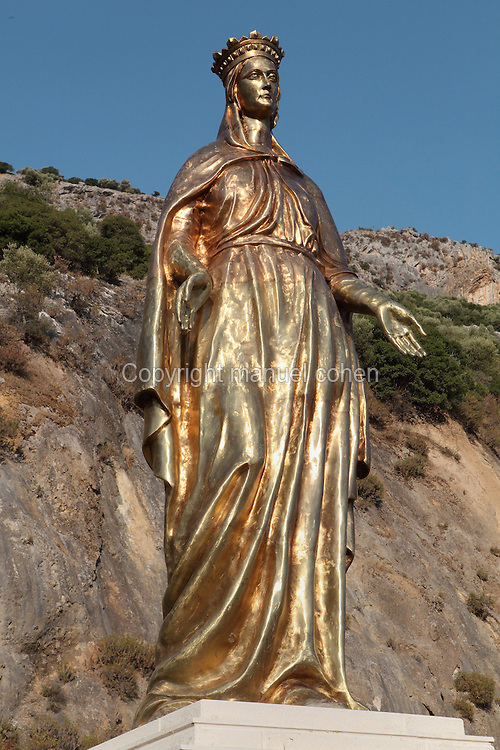